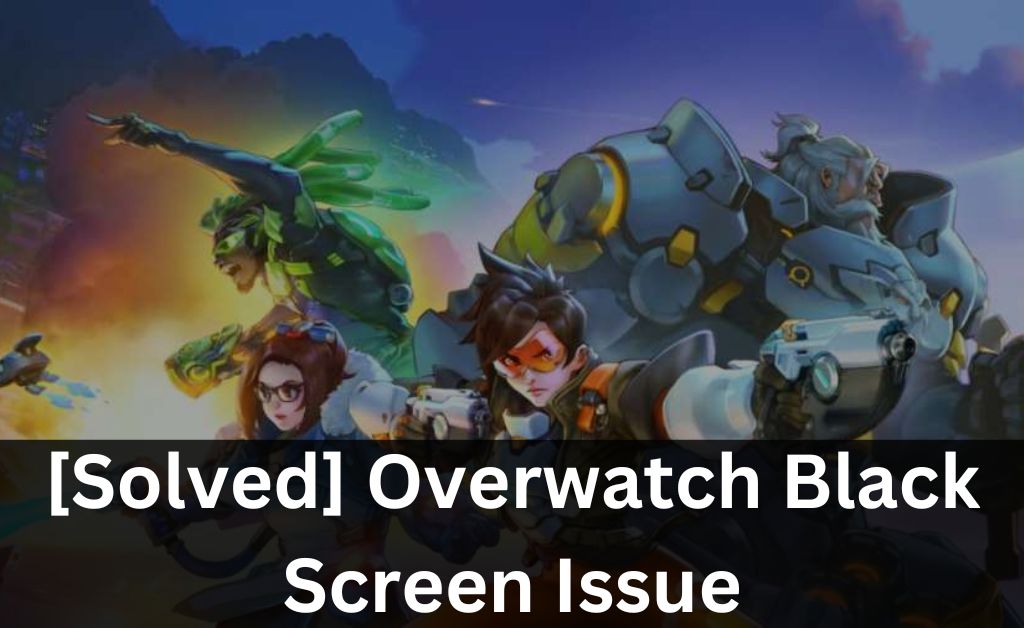 Overwatch falls under one of the most popular multiplayer games. And, if you ask the players, then Overwatch will be on their top 10 list. But, recently, we have been getting a lot of reports related to the Overwatch black screen issue. You don’t need to worry, we have come up with a guide to help you out. But, before that, we need to know what initiated this issue.

After a deep study, we have come up with some of the common causes. Fullscreen optimisation, fullscreen mode, damaged game files, enabled game DVR, outdated graphics driver etc.

The solutions are based on user feedback, so you just need to follow them accurately.

We have come up with simple fixes that will help you to deal with the Overwatch black screen issue. Often people get worried a lot after experiencing the issue.

But, you will be able to solve the issue only if you follow exactly what is instructed.

Razer Synapse can be the main reason behind the Overwatch black screen issue. Many players have given feedback that they have fixed the issue by uninstalling the program.

For you, we have listed the instructions that will help you:

Windows Update can help you to resolve the issue. There is a high possibility that your system has bugs, and this method can address bugs related to both hardware and software. You don’t have to do too many things. Just install all the new windows updates.

Regular game patches are released by the developers of Overwatch to fix bugs. There is a high possibility that the recent patch has stopped the game from performing. Thus, you need to install the latest patch, and to do so, we have given you the instructions.

Outdated or missing Graphics Driver is one of the common issues that cause an Overwatch black screen. You can update this in two possible ways, either, manually or automatically. For manual updates, you need to select the updates, but for automatically, you can use a third-party application.

Download the application, and then Run the app by hitting the Scan Now button. You can either select the Update button next to graphics or hit the update all option. Thus, it will automatically update the driver.

5. Run the Game as an administration

By running the Game As An administrator, you can fix the issue more quickly. As Overwatch doesn’t have access to certain files under normal user mode, this results in a black screen issue. The fixes are given below:

In case you are a Windows 10 user, then disabling the fullscreen optimization can fix the Overwatch black screen issue. The institutions are given below:

In most of the feedback, we have found that improper in-game settings can initial the Overwatch black screen issue. You can try resetting the in-game settings to default. The instructions are given to help you out:

If programs are running in the background, then this can create conflicts with Overwatch. Thus, initiating a black screen. Moreover, programs like Discord XFire etc. can cause trouble.

Finally, relaunch Overwatch to check if it works properly or not.

Game Cache Folder can be the reason why you might face the issue. To fix the issue, we have come up with this solution:

There is a possibility that the Overwatch black screen issue is caused due to damaged or missing game files. If this is the same for you, then follow the given steps:

So, this was all about the fixes of the Overwatch black screen error. Finally, see if the fixes resolve the issue or not. The fixes are straightforward to follow. Thus, you won’t face any difficulties following them. We hope you will be able to resolve the issue.