2022 promises to be one of the most interesting years in video gaming. Various game releases will be available, making keeping up a difficult task. However, if you want a convenient experience next time when investing in games, it’s good to be informed to ensure the best results. Our technology reviews team recommends this guide on the coolest video games that will come out in 2022:

The first major Pokemon game involves an open-world setting. The Arceus version of the game has become popular, particularly as it takes on a new approach to gaming. The game consists of a setting that isn’t available in other previous versions.

In this version of the game, players explore various locations such as Sinnoh, and the exciting adventure involves creating the first Pokedex. You have to work to catch the Pokemon, and it’s a simple process that involves a Pokebool. Eventually, you all get set into battle to make up for one of the best video game experiences ever. Formerly referred to as RainBow six quarantine, this new version of the game focuses on a new angle: extraction. The game makers changed its name for a few reasons. For instance, the game is a variation of the Rainbow Six Siege, providing a similar multiplayer setting. The action is intense, and each player has to work with their squad to fight their enemies, which is in the form of aliens. The aliens go by the name Archaens. Its also part of the best PS4 and Xbox games release dates.

Our list of the best video games available in 2022 would not be complete without DayLight 2. The reason is that the game brings in the zombie perspectives to video games, and it’s unique. Techland started well with the first version of gaming out in 2015. The sequel also promises to be a thrilling encouragement, as it’s exciting and interactive in many ways. The game has a unique narrative, upgraded visuals, a reactive world, and various other amazing features for entertainment.

Sifu is also a new release you should consider, and the creator is Sloclap. It’s also the same gaming company that produces the Absolver game. In this game, you get to work as a Kung Fu student who wants to seek revenge for the death of his family. The game focuses on a unique approach to combat, which involves amazing visuals and kung fu thematic. However, if you get too old, you die and have to start the game again. You might have to wait a few months before any updates on the Sifu video game release dates.

Elden Ring initially came out in 2019 and is a popular release on the gaming market. The gaming company is also responsible for the release of Dark Souls, with the developer being Hidetaka Miyazaki. Also notable would be the participation of game of thrones author George R.R. Martin. The game promises to be one of the best releases from the company up to date, and gamers should expect more. Elden Ring is definitely part of the best new games coming out next year. 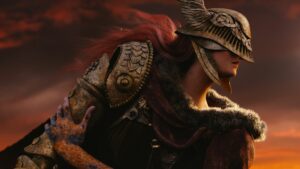 A recent trailer showed Gran Turismo 7, which involved various unique car models. The game has ultra-realistic graphics and is definitely an improvement over the other previous versions that have existed in the past. The game comes from Playstation Studios, and the game will include various elements from the Gran Turismo field. It’s definitely one of the best PS5 releases. The game’s graphics are also exceptional, and gamers are bound to enjoy hours of fun with this game.

2022 promises to be an exciting year, thanks to the number of consoles and games that different companies will release. We recommend that you start with this game release guide to don’t miss out on any unique gaming offers. However, make sure that you kid doesn’t miss out on any homeworks by playing all of these amazingly interactive games. Trick them by using parental control software like Clevguard to control their screen time.